WELCOME to Twisted Road Radio! This stations represents a group of people who love music coming together to bring you a wide variety of songs — sharing with you what we love and playing for you what you love. Wherever your life is headed, the best part will be the journey. We will be on that journey with you… so, simply follow the twisted road with us.

These individuals are the heart of our station.  After all, without DJs, we wouldn’t have anyone to play amazing music for our listeners.  Take a moment and get to know our awesome family! 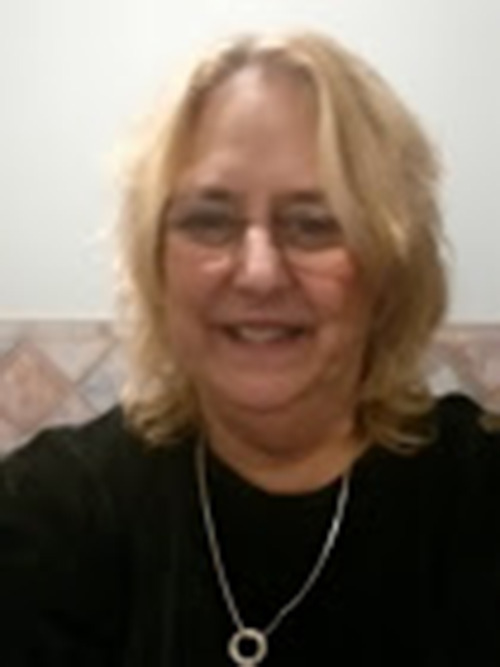 I’ve been involved with Internet radio since 2009 when I discovered it while playing Yoville.  I was immediately hooked and became a constant “requester.”  My music favorites range the decades and genres.  I’m a “Jersey Girl” and a “Woodstock survivor,” so I know a lot about and play a lot of classic rock from the 60’s and 70’s.  But, I never stopped listening and loving music and my sons kept me current and involved.  I began DJ-ing in 2011 and as a result of phenomenal DJs and listeners my music knowledge and likes broaden tremendously.  While the classic/blues thread is always present, you’ll hear plenty of brand new music, country, American, roots, and alternative music on my shows.  I also whole-heartedly support independent musicians – through Face Book, friends, and on-air interviews, I have a great collection of Indie artists to share as well.  You’ll find me on-air on Fridays (6 – 9 pm) and often do some “spontaneous Jammers” shows as well.  But, I also love rockin’ to Twisted Road’s Auto DJ which never ceases to surprise me with its variety!

So, see you in the Chat Box and TGIF! WITH JAMMERS! 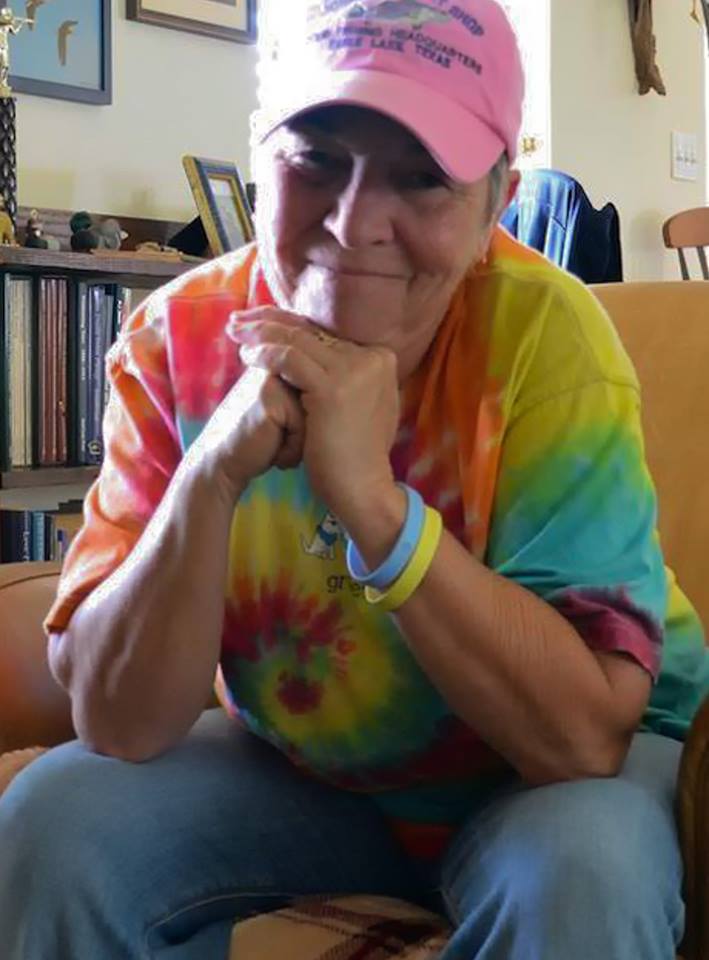 Following in the footsteps of my best friend Jammers, I took to the air in March of 2013.  At the time my library was limited, but my excitement about being a DJ and sharing music with a wide range of listeners from all parts of the world, outweighed my thin compliment of tunes.  I grew up in the 60s and enjoyed the music of that era, particularly Roots Rock, Folk Rock, and Protest Music.

I do have a love of Motown, surf and psychedelic rock, too.  I am on the air on Mondays from 6AM – 9AM Eastern Time, and my shows are generally a mix of all of the aforementioned genres with a healthy dose of the Blues added. 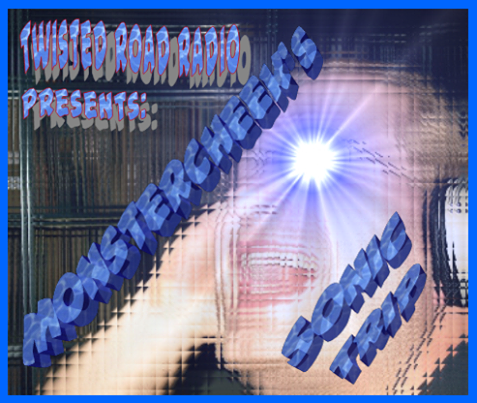 Music was my first love and always has been a constant part in my life one way or another.

My first skills in active music have been added on the trumpet, classical and big band swing stuff.

The interest in “popular” music began to grow in my teen years, and my older sisters and their friends had a huge impact on my taste. So the first record I’ve bought was a bit untypical for a boy of my age in the 80ies: the Best Of Jethro Tull.

While my record collection slowly grew, I quit playing the trumpet

and started to tease the bass guitar. My first band, Dee D. Buka (strange name, huh? Just a construction of initials of the original members) was a typical rock band of the late 80ies. Unfortunately, we had to disband not long after leaving school, as the members started to disappear all over Germany for studies and things.

While my record collection grew a bit faster, I joined a cover-band called The Crew, playing a mix of German and English songs, mostly not the all-time greatest hits. Due to personal changes, I was forced to take over the lead singer’s position.

Some other personal changes lead us to a new concept and band name. Quadrophobia played original songs, but never hit the stage, as the members were too much into family and work and things.

Meanwhile, my record collection grew and grew, I fell into the internet trap and I found myself into the arms of a family called The Heepsters, after I met John Lawton at a concert and his wife Iris told me about something like Heepsters on the web. While making music myself turned out to be something for special occasions only (like marriages or fan conventions), my record collection still grew.

The Heepsters made their step from the web into real life on several occasions somewhere on the world and I got also a lot of musical inspiration from that direction, as many (or most) of them are music addicted with a huge range of favourite bands. One of those Heepsters made me aware of web-radio and soon, I joined forces with her as a DJ. At that station, I got to know lots of amazing people, DJs and listeners, and my musical horizon got wider.

After nearly 4 years there, I needed a break from broadcasting and I quit in autumn 2016.    Two of my former colleagues founded a new station and I decided to join them, because I felt, that this will be a great team to share my love for music and so, I came back “on air” in January 2017 on Twisted Road Radio. My record collection still grows, but much slower now, as I have a real storage problem.

Many tapes, DVDs, a few other special formats and ten of thousands of mp3s.

It’s mostly rock of all types, but also “happy metal”, jazz, classic, pop, blues, soul etc. of all eras from all over the world.

My main show on Sundays has a focus on krautrock, psychedelic, progressive, art rock and the like, but I love to do other theme shows as well. So sometimes, I’m in the mood for hard ‘n’ heavy stuff, blues or music with friends involved. As 98276 stations and 3948576 DJs already play current charts and the 100 most dead-played songs of all time, you won’t hear much from that at my shows. Some big names here and there, but not their biggest hits. 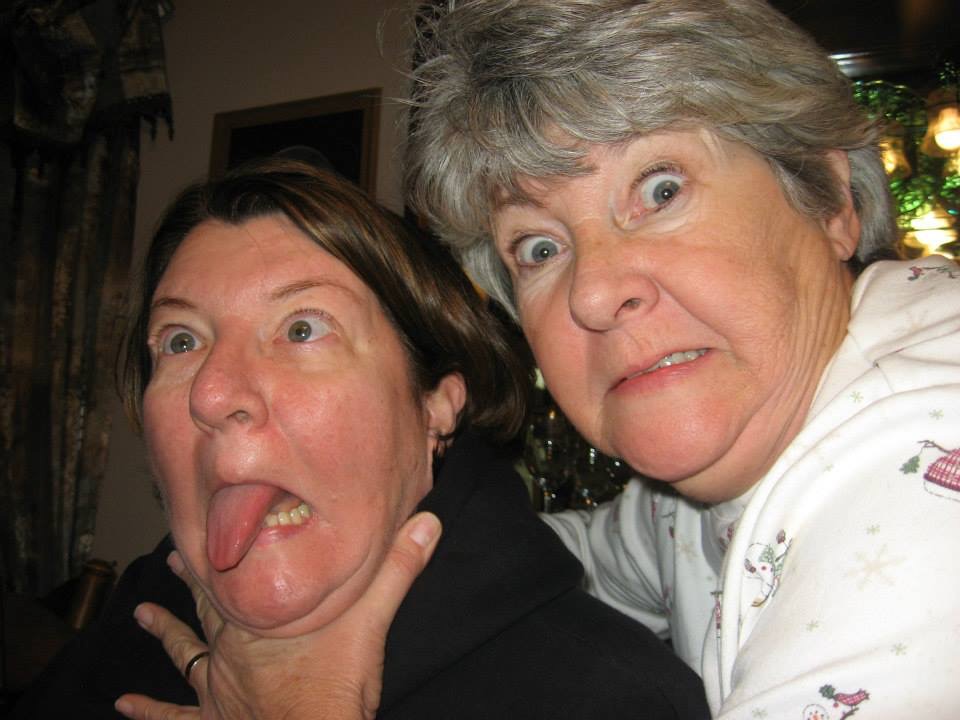 I’m a Leonard. Hang around long enough and you’ll understand. My love of music is lifelong and deeply Southern. Southern music is filled with stories. Because the best way to hear a good story told is from the standpoint of a Southern mouth. I don’t believe in boring people. There’s something special about everybody. We all have a story to tell. 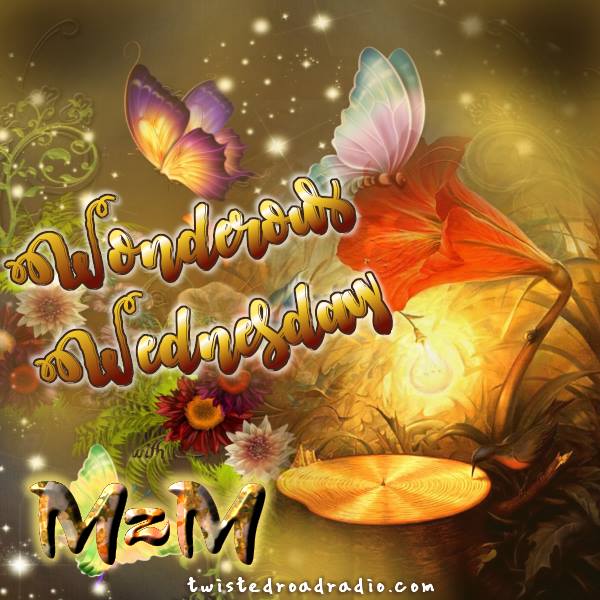 I could describe myself with words like mom, grandma, teacher, poet, and the list goes on. But I would rather like to introduce myself to you as music lover. And some of the music that makes up my spirit comes from the Beatles, Grand Funk, Prince, John Prine, Tom Waits, AC?DC, Pink Floyd, Eminem, Portugal. The Man, The Revivalists, The Moody Blues, Dolly Parton, Muddy Waters, Pink, The Mavericks. This list could go on and on as well, and it is ever growing, but hopefully it gives you a sense of who I am. I hope you will join me and share the musical journey. 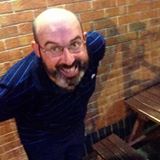 I’M FROM THE STOKE ON TRENT ENGLAND, AND I LOVE TO ROCK. MY FAVOURITE BANDS ARE AS FOLLOWS: QUEEN, MOTORHEAD, SLASH, STATUS QUO, AND ALL OTHER GOOD ROCK BANDS. I HAVE BEEN DJYING FOR WELL OVER 10 YEARS, AND I LOVE IT. I HAVE WORKED WITH JAMMERS AND MISSY AND MZM AND MONSTER BEFORE AND HAVE SOME GREAT FRIENDS FROM THEM. IF YOU WANT TO KNOW ANY MORE ABOUT HOW I ROCK YOU CAN CATCH ME EVERY SATURDAY 3-6 EST TIME AND THAT’S 8- 11 UK SO LET’S ROCK AND ROARRRRRRRR. 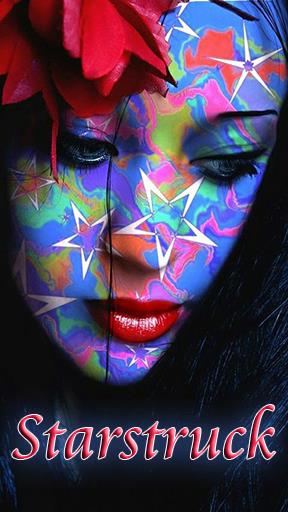 I started this crazy journey into online radio way back about 12 years ago at a tiny station.  While that station did not last long, and I eventually moved on to another, and then another, I met lots of very close friends along the way.  I have a huge passion for all kinds of music and believe that the best memories come from the best songs.  I’m a very easygoing kinda girl, who loves to have fun.  You can catch my shows on Saturdays from 9pm till midnight.  I also have my own personal assistant dj who loves to babble while I’m on air.  I love my theme nights, so if it’s not an anything goes kinda night, you can look forward to 90s shows, Awesomely Bad Nights, and Under the Covers just to name a few.  The best way to find out about me is to simply tune in.  So grab a drink and join me.  I can’t wait to get to know ya! 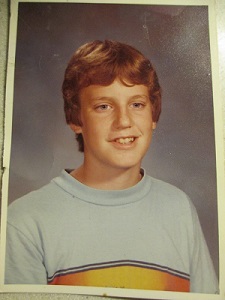 Hey it’s Raoul Duke! I’m flying thru musical space like a cosmic miscreant of the 1st Order! My unique vocals/delivery style combine forces with my limitless eclectic music collection to render many first time listeners weightless and totally free from space and time. Touching down on Terra Firma weekly on Mondays 6-10pmEST you can experience true unadulterated Chaos Inc. for that safe haven & musical cosmic reset! See ya there freaks, geeks & heathens of all types! 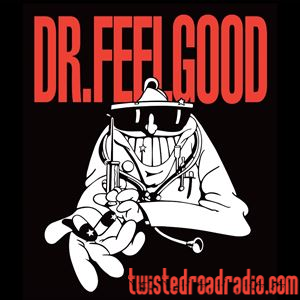 Hey, I’m Dr. Feelgood.  I’m a veteran dj, been to a few stations before setting roots down here at Twisted Road.  I live in Ohio, and in my spare time I bowl and love going to concerts in the summer.  Check me out on Wednesday nights from 6 to 9pm EST when I play 80s music.  Can’t wait to see you! 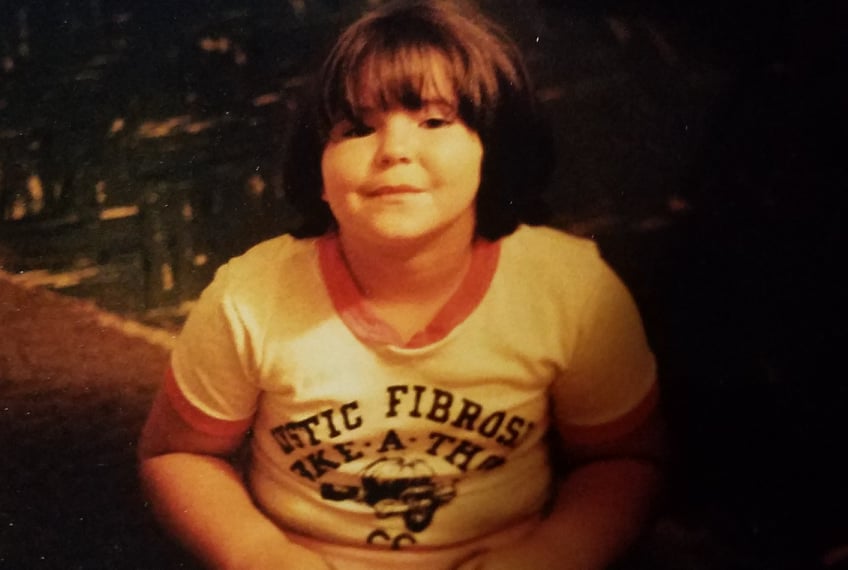 Howdy all you mighty fine listeners out there on the internet. This is the one and only Pirate Girl radio with the Duchess of rock!! As pirates tend to do I sail in, steal the Airways and take over your ear holes with some awesome f***ing tunes. U like rock I got you, you like rap I got you, you like singer song writer I got you, you like cry in your beer country.. yep that too, you like shit you never heard (how would you know?) well got that. Stop by and I’ll show you my Booty 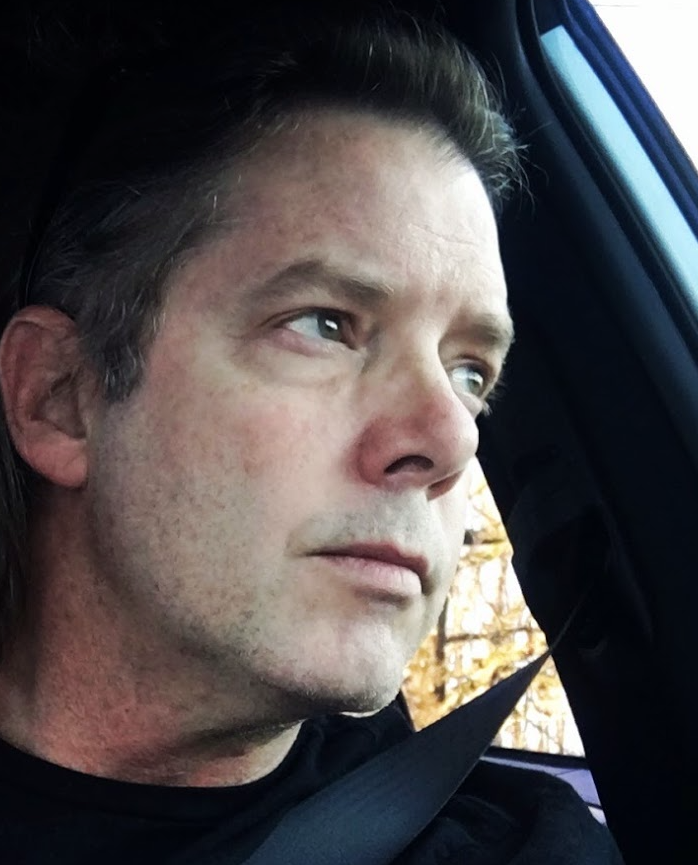 Born deep in the backwoods of the south in 1966 I was raised on a heaping helping of country, blues, and gospel music. This inspired a love for music that has evolved into an appreciation for all types of genres! I recently joined this group of amazing people to test the waters as a DJ. Join me from 7pm to 9pm Sunday nights and be prepared for a RANDOM experience! 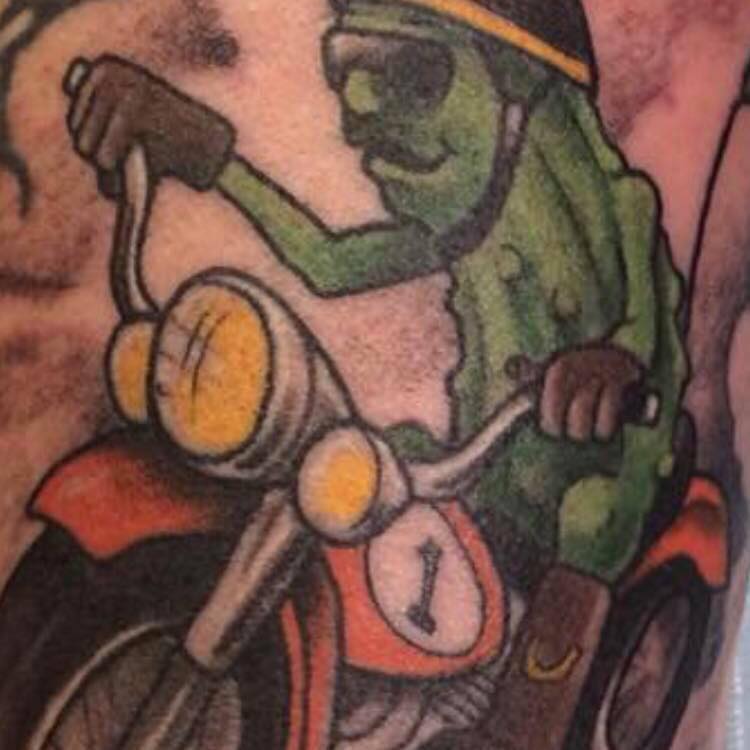 I was raised in Georgia in the outer suburbs between Athens and Atlanta, both of which have always had thriving music scenes. As a young gherkin, music became a central focus and life saving therapist for me. Many nights were spent in the concert venues and live music pubs. The sonic seasonings that flavor The Brine can be too spicy for some, but just right for others. If you like it heavy, funky, kinky, and weird, try a bite of Pickle.

These are our “Behind the Scene” guys.  They’re always there to lend a hand to our DJs, whether it be with music, page work, or tech stuff.  They are a huge part of our TRR Family.  Get to know them! 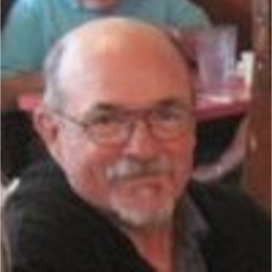 I grew up in the San Francisco Bay Area in the ’60s. It was a Mecca for music. My roots were blues, soul, rock ‘n roll and jazz. Music, in those days, was cheap and plentiful. A few years ago I had a friend who was DJing for Outcast Radio and she told me that I needed to listen to a show that MzM was doing for Outcast. Through MzM I met Jammers and somehow, gradually, that carried me to TRR and producing shows with them. I don’t claim have any great or special knowledge of music. I just enjoy listening to songs that have touched me in some way.